The beginning of 2012 began much  like the last weeks of 2011 – at top speed. After a fun-filled Christmas and very mellow New Year, my family burst back into action in the beginning of January with a bunch of new things in the mix for all of us, including a new job description, a college course and potty training – whew! It’s been hectic, but also fantastic to start the year off with a bang. As ever, the challenge to put a healthy dinner on the table presents itself. I won’t lie…I have relied on my local pizza place once or twice, but the real godsend to our dinner table has been my slow cooker.

With just a tiny bit of preparation, the slow cooker is a busy family’s best friend. Admittedly, they are bulky items that can take up a lot of cupboard space, but I love mine to bits. Generally, any recipe that calls for slow cooking in a Dutch oven is suitable for adaptation to a slow cooker, but the web is crawling with suggestions for easy, delicious meals that can be prepared in minutes. I’ve come across two particularly brilliant recipes lately, both from Real Simple magazine. The first was this lovely Chicken Tikka Masala recipe that was the perfect antidote to a wet, windy Wednesday evening. Coming home from work to a house smelling of lovely, rich, Indian spices was just brilliant, and all I had to do was cook some rice. The next week, I made this gorgeous vegetarian chili, which made enough for two meals, one of which is currently stashed in my freezer for another busy week. 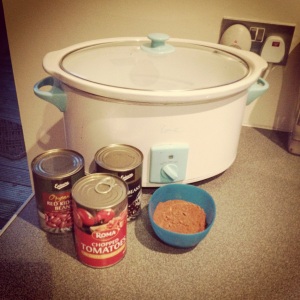 A few tins were opened; an onion, sweet potato, and red pepper were chopped. 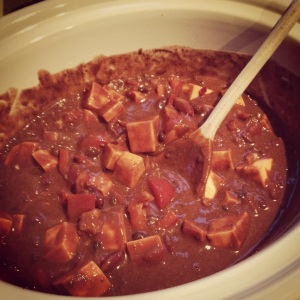 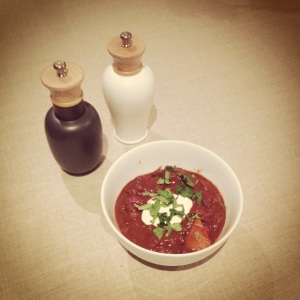